This site is dedicated to learning and sharing art creation skills.

Prints of My Work

I have been painting Taurus the bull constellation lately as part of my series on constellations. This is a subject I enjoy because of the rich history behind it. Taurus is very old people have been looking to the sky and seeing the bull form in this set of stars for a very long time possibly since the prehistoric era. Some scholars believe that the cave paintings at Lascaux which date to the Upper Paleolithic or 15,000 BC depict Taurus. Unfortunately, I can’t find much on this topic outside of the BBC article I just linked in the previous sentence. Most internet sources on the topic just quote that article. But, the idea of star maps predating literature and writing is fascinating.

Taurus was important to early civilization because at the time it was used to mark the Spring Equinox. The Equinox is today referred to as the “first point of Aries” as our view of the sun’s path has changed over time.   But, that is no longer true as well more on that here. The Vernal or Spring Equinox marks the first day of spring and would have been critical for the planning of agrarian societies like Babylon. When the sun appeared to be disappearing in the section of the sky that Taurus rested in people of ancient agrarian societies knew spring and planting time would soon arrive. The Vernal Equinox today occurs in March and is when the sun leaves the east and passes through the celestial equator to the west directly as seen from earth twelve hours later. Marking the end of winter and beginning of spring in the Northern Hemisphere. Daylight and night are the same length of time on that day and after daylight gradually increases to be longer than the night until the Autumnal Equinox.

In ancient Mesopotamia, Taurus was referred to as Gugalanna or the Bull of Heaven. It is featured as one of the many monsters Gilgamesh must dispatch in the Epic of Gilgamesh. In a lose or lose situation Gilgamesh mythical king of Uruk is proposition by the Goddess Ishtar (Innana) to be her consort.  Ishtar is a notable bad-ass of mythology as the goddess of war, sex, fertility, and politics.  She is the Queen of Heaven and Earth and she has a temper. Noting that all of her lovers have suffered terrible fates Gilgamesh says no. Then in a not so bright move instead of trying to fake some kind of ‘it’s not you, it’s me’ excuse he goes on to recite how bad she messed up each of her earlier ‘husbands’. She traded one Tammuz to her sister Death (Ereshkigal) to get herself out of the underworld for example. Ishtar insulted and enraged sends the Bull of Heaven Gugalanna to punish Uruk. Gilgamesh and his best friend Enkidu defeat the bull but there will be consequences for destroying a pet of the Gods.  If you would like to know the whole story Jason of the Myths and Legends podcast does an excellent retelling.

In Greek mythology, Taurus was associated with Zeus who used the guise of the bull to avoid detection by Hera while off on one of his many affairs. Or used the shape of a white bull to seduce Europa.

Taurus contains many interesting features including the two closest open clusters near Earth: Pleiades and Hyades. The Hyades contain Aldebaran the brightest star in the constellation that is 40 solar diameters. It is the Pleiades that are thought to be shown near a bull painting in the Hall of Bulls on the cave paintings of Lascaux.  It also includes the Crab Nebula so I attempted to give the below silhouette paintings a nebula like look.

If you live in the Northern Hemisphere during the winter and spring. You can find Taurus by following the path of the sun and looking for Orion. His belt points to Hydes (V-shaped cluster of stars that forms the beginning of the bull’s horns) with Aldebaran and the Pleiades which is a bright blue star cluster just off the bulls head. For more help finding Taurus check out Earth Sky News or just cheat and use a smartphone app. Which is what I do. 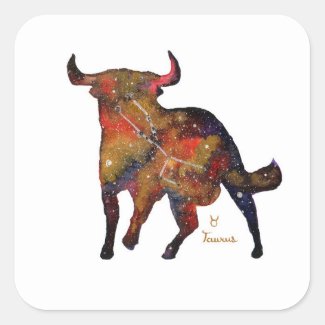 SHINE OF A LUCID BEING

Astral Lucid Music - Philosophy On Life, The Universe And Everything...

Decider helps you find what to watch. Discover the best movies and shows to stream on Netflix, Disney+, Hulu, Amazon Prime Video, HBO Max, and more.

Technology Use Across the Lifespan

A month-by-month course in observational astronomy

a world of dreams

A Journal Of Our Ruminations, Illustrations & Aesthetics.